Krishna, Sanskrit Kṛṣṇa, one of the most widely revered and most popular of all Indian divinities.

Krishna was a man of action. He was a history-maker and righter of wrongs. He stood for justice and righteousness. His policy was to defend the oppressed from the oppressor.

Lord Krishna was the greatest Karma Yogi of all time. He held up the torch of wisdom. He was an embodiment of wisdom and selfless action.

He was all love for the cowherd boys, cows and Gopis. He was the friend and benefactor of the poor and the helpless. He was extremely kind and merciful towards the meek and the humble.

Krishna was the thunderbolt to the wrestlers assembled in the arena of Kamsa and yet, He had the softest heart among men. He was Yama unto Kamsa, a Cupid unto Gopis, the object of constant meditation for devotees, the form of Bliss and Beatitude to the sages, and a child to His parents.

Lord Krishna was an embodiment of humility, though He was the Lord of the universe.

Krishna’s flute is the symbol of Freedom. The sound of this divine flute thrilled the heart with rapturous delight and instilled new life and joy. It produced God-intoxication in all beings and infused life even in insentient objects. The sweetness of the music was unsurpassed. He who heard once the music of Krishna’s flute cared not for the nectar of heaven or the bliss of Moksha.

Here is a small gesture and a tribute to the Lord and his lessons for a simple and a significant life. It's the tallest tower in the world, and it's in Dubai. The city of gold; the city of dreams.

It's the heart of Dubai's skyline. The Burj provides parity to the spirit that surrounds the space. Once you have felt the majestic aura of the Burj, you will never be the same.

It is iconic and monumental. It's has made the Arab world proud of its accomplishments. The spectacle and grandeur precede its reputation.

Not only is the tower breath-taking, but its view takes one to the history of modern marvels yet to be made. Its aura radiates through its differing yet seamless structure.

Its impression and spirit are etched in your being, and they become a part of your being. Once you have been there, you will never be the same again. Like the park's original flowing design, Strawberry Fields is lined with tall elm trees, shrubs, flowers, and rocks. This area is designated as a quiet zone in Central Park. 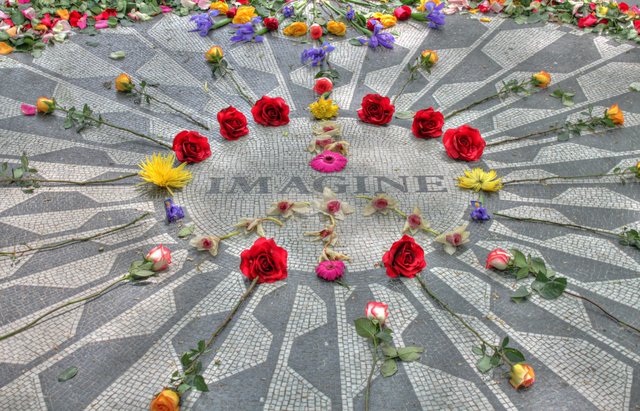 The iconic black and white Imagine mosaic was designed by a team of artists from the Italian city of Naples. After another famous song by John Lennon, "Imagine" evokes a vision and hope for a world without strife, war, and conflict.

Now captured in a Limited Edition Pocket Square; it's a perfect keepsake for music & art lovers and a perfect tribute to the legend, John Lennon. As movie lovers, we at King's have always drawn inspiration from Hollywood's most iconic, and The Great Gatsby tops our list. Though at first, it may seem like any other love story, there is more to it than just that. A perfect representation of the American dream, the glasses portray luxury, wealth, and vibrance. The color scheme of the border is to portray its dream-like and over the top luxury.

Enjoy this Collector's Edition for those special themed nights.